Question One: Do you believe that there is more paranormal activity in a heavily populated city or in a less populated area such as a farm?

Kaylyn Anderson: “I think the only thing that really varies is the type of entities, since different entities are drawn to certain kinds of energy–people, geologic formations, nature, certain objects, etc. We’re surrounded by more than we know, and probably lucky not to see most of it. Most are perfectly harmless, pretty much minding their own business as they exist around us.”

Question Two: If you could design a clothing item or accessory that fit your personality, what would it be?

Kaylyn Anderson: “Something leather–a spiffy jacket probably. It’d be fitted but slightly rugged, with some silver embellishments. I love the smell and feel of leather, plus it’s great for warmth, and rugged for protection. It’d be something that’d last for years.”

Question Three: What is the number one tool of a paranormal ‘bounty hunter’ investigator like yourself and would Cole think the same tool was her number one too?

Kaylyn Anderson: “Common sense and intuition. If you don’t know when to push and when to run, no tool will ever help you.”

Question Four: When you decided to take on a new paranormal case, was there any part of you that was fiercely against the idea?

Kaylyn Anderson: “I was apprehensive, but not against the idea. This is normal life for me, so getting back to investigating was exciting. It was difficult though since, as I mentioned, intuition is an important aspect of the investigation, and I wasn’t sure I should trust my intuition after everything that happened with the entity in the Teague Hotel, it was difficult to trust myself again.”

Question Five: Is your ’68 Chevelle, still your most prized possession?

Kaylyn Anderson: “Oh, yes, she’s my baby. A fine little work of art and I’m proud of all the time I’ve put into her.”

Question Six: Do you feel more paranormal activity occurs at night rather than during the day?

Kaylyn Anderson: ” Is 3 AM a popular time for such activity?”

Question Seven: How do you handle relationships? Jump right in or take it slow?

Kaylyn Anderson: “I don’t usually take too much time to think about relationships. I’m impulsive–it’s quite a problem. But the more time I think about it, the more I get emotionally involved, and the more I have to open up. When you hunt ghosts for a living, that can be tricky.”

Question Eight: When you and your sister Cole were kids, did you go on ‘pretend’ bounty hunter investigations?

Kaylyn Anderson: “Oh, all the time. We always wanted to be bounty hunters like Bobby Sixkiller and his sister on Renegade. We were obsessed with that show as kids, and used to pretend that our bikes were motorcycles and we drove around town rounding up all the baddies.”

Question Nine: What comes first, physical or mental safety during an active case?

Kaylyn Anderson: “The importance of neither can be underestimated, but physical safety is most guarded against since it can be the most immediate. There won’t be much chance of fixing anything if you get yourself killed. Considering the results of our last case, I’m not sure any of us were cautious enough.”

Question Ten: What two characteristics must a man have to fit in your life?

Kaylyn Anderson: “If I ever figure that out, I’ll let you know. Given my history, I guess they would have to be flighty jerks, but I’m making some changes and taking some man-free time. I hope. “

“Despite unanswered questions about the nameless entity that tried to steal her life, Kaylyn returns to the only kind of normal life she knows and takes on a new paranormal case.

After investing everything they have in a farm, an unsuspecting family discovers that their problems run much deeper than the poor upkeep of the house and land. Can Kaylyn and the other investigators uncover what’s behind the growing malicious activity? And how will they all deal with new warnings from beyond the divide?”

I was born and raised in rural Ohio and will always be a country girl at heart with a love for reading and writing. I’ve spent my life chained to the imaginary worlds of the characters who live in my head, and thanks to the encouragement of teachers, friends, and family, I started writing their stories down. I In college, I separated from fiction and earned a M.A. in Public History, but in 2011, I decided that I had spent far too long away from the world of fiction. Many of my early stories were paranormal, and although the paranormal will always have a special room in my imagination, my interest in BDSM and dark romance has recently led me to expand my focus. When I’m not spending time with the voices in my head, I work for a non-profit consulting center, offer my technical services to other writers and small businesses, and enjoy life with my husband and our two ferrets. 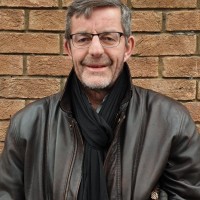 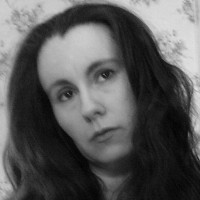 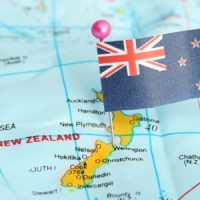 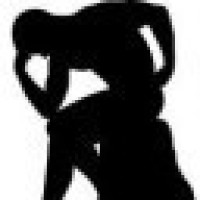